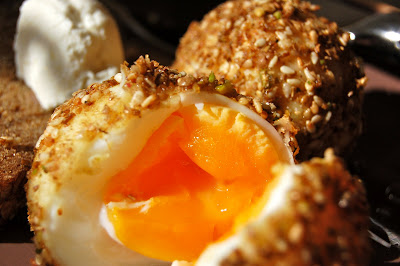 Was it Gordon Ramsay who decided if he would hire a chef based on how they cooked an egg? I’m not sure, but let’s say it is. I agree. And a boiled egg doesn’t give anything away, all happily encapsulated in an opaque shell, keeping its secrets to itself. Can you trust it? Has it cooked too much, or too little?

Obviously a 65 degree egg is a different story (see here), but cooking an egg in normal conditions requires attention and good judgment. Luckily though, attention is only required for a short period of time. In this recipe, inspired by Greg Malouf’s version, dukkah eggs would land you a job at Mr Ramsay’s.

Dukkah is a spice mix I got introduced to only four years ago. It originates from Egypt and has become popular, with many restaurants serving it with dipping olive oil and bread. It is similar to zaatar, but is quite heavy on the spicing, so I can’t have it in the same quantities I do with zaatar. Making dukkah is easy, and the recipe below can tolerate a large margin of error.

Traditionally, roasted hazelnuts are used, but I don’t keep hazelnuts around. I do keep pistachios though, and they can be used instead. So this is how you make dukkah, my way.

Instructions: mix all of the above 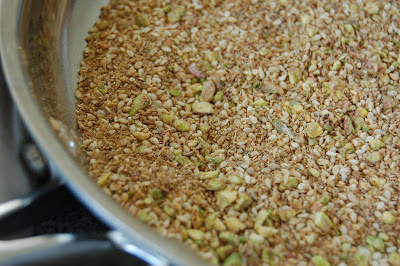 Now for the eggs. Its best to boil eggs that are at room temperature, so they don’t crack. 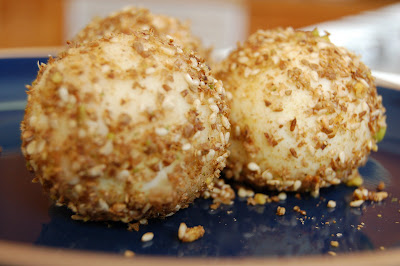